Is less strut coverage linked with a greater rate of stent thrombosis? 1 year result of PANDA III revealed during TCT 2015

Is less strut coverage linked with a greater rate of stent thrombosis? 1 year result of PANDA III revealed during TCT 2015

Between 11th and 15th October, one of the world’s largest and influential interventional cardiology conference, TCT conference took place in San Francisco and attracted more than 13,000 industry professionals. During this conference, SINOMED’s latest results of PANDA III trial was revealed during the session “Late-Breaking Clinical Trials” on 14th October which is moderated by Eric D. Peterson and Gregg Stone. 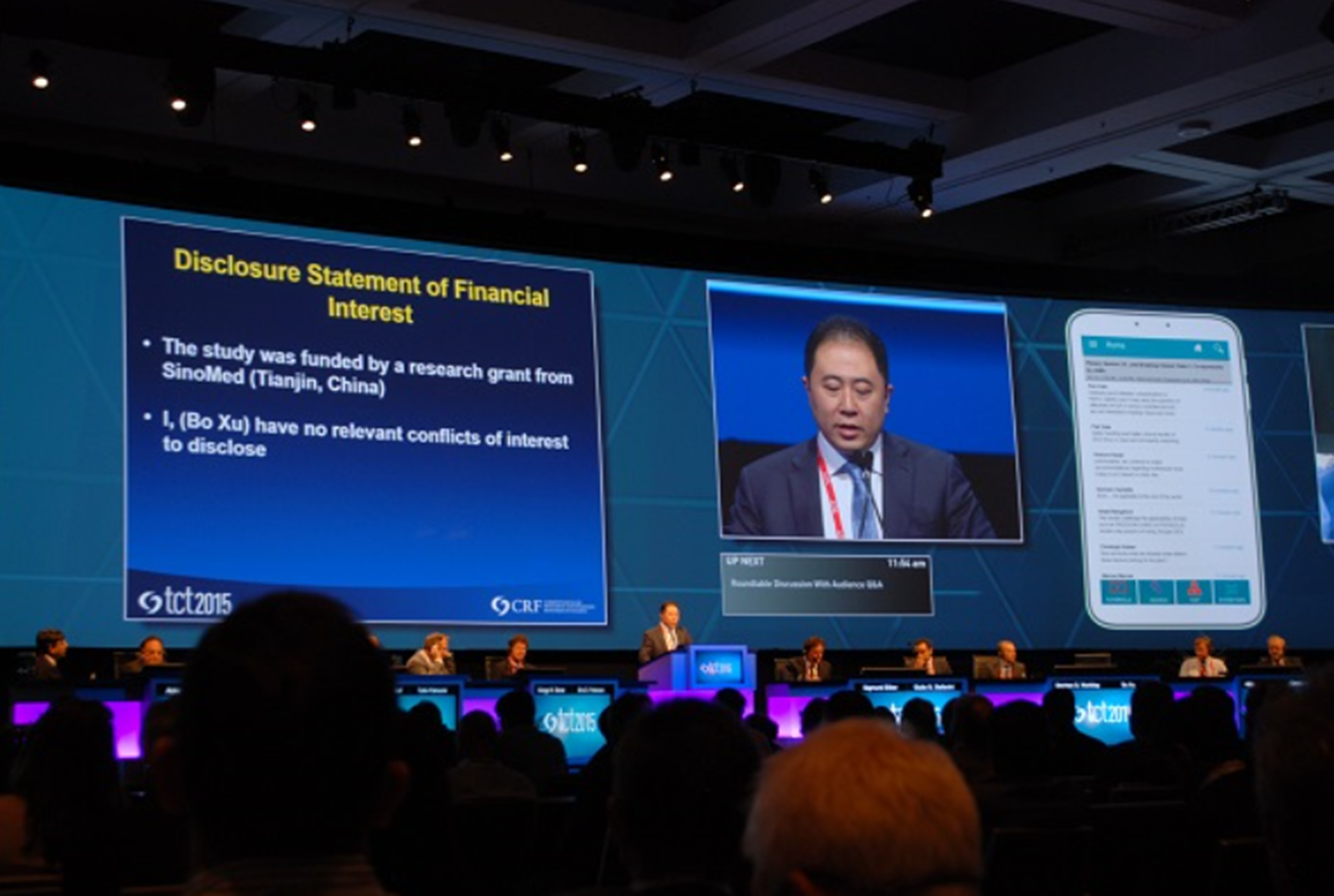 At 1-year follow-up, BuMA™ met non-inferiority criteria compared with Excel for the primary endpoint of TLF, a composite of cardiac death, target-vessel MI or ischemia-driven target lesion revascularization. Individual components of the primary outcome were also similar between the two groups. Cardiac death was 1.2% with BuMA vs. 1.3% with Excel (P = .86), target-vessel MI was 4.3% vs. 4.9%, respectively (P= .49) and ischemia-driven TLR was 1.9% vs. 1.2%, respectively (P = .18). A patient-oriented composite endpoint of death, MI or any revascularization at 1 year yielded equivalent results for both devices.

Given that the cumulative incidence of stent thrombosis was low overall, Xu called for caution, noting that PANDA III “was not powered adequately to evaluate low-frequency safety endpoints such as stent thrombosis.” Nonetheless, he concluded that the decreased stent thrombosis for BuMA seen here is consistent with the BuMA-OCT trial, which showed better strut coverage at 3 months with BuMA vs. Excel (94.2% vs. 90%, P<.0001).

*PTE population consisted of subjects who received only study devices(s) at the target lesion and who had no pre-specified protocol deviations.