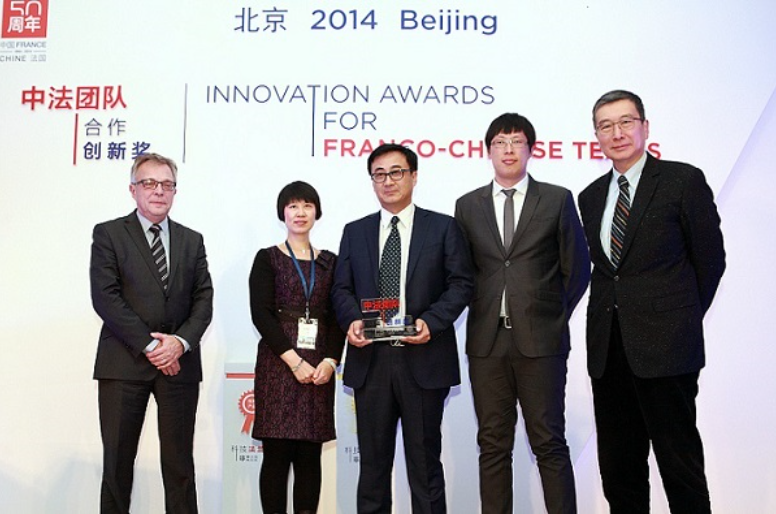 These awards are intended to showcase and reward people who contribute to world-class research and development of innovative projects designed to transform our lifestyles for the better. The projects presented have been developed jointly by bi-cultural teams from universities, top ranking schools, laboratories and R&D centers, covering the entire range of French innovation.

The awards have been organized under the patronage of Emmanuel Macron, Minister for the Economy, Industry and Digital, and Geneviève Fioraso, Secretary of State for Higher Education and Research, and are backed by the special support and expertise of the French INPI (National Institute of Industrial Property) and the Chinese SIPO (State Intellectual Property Office of the P. R. China), as co-chairmen of the Jury.​

The two winning teams have been chosen from 22 projects involving over 200 French and Chinese engineers, competing in 2 different categories:

The BuMA™ stent combines a state-of-the-art metallic stent platform created by Sino Medical Sciences Technology and a drug-releasing coating developed by AlchiMedics, based on the technology of electro-grafting invented by Dr Christophe Bureau (CEO of AlchiMedics) at the Center for Atomic Energy (CEA).

The BuMA™ stent obtained SFDA approval in 2010, and the product was launched in China in 2011. As of today, more than 110,000 patients are implanted with the BuMA™ stent across China. First-in-Man implantation of the BuMA Supreme™ in Europe will take place in January, 2015.

Thanks to the combination of an unprecedented stent design and the first-of-a-kind performances of its drug release layer, the BuMA™ stent is considered by Chinese cardiologists as the safest coronary stent presently available on the market, both in terms of success rate of implantation and in terms of long term acceptance and safety for the patient.

It is the first coronary stent ever to solve the long standing problem of “late thrombosis”, bypassing the need for patients to take heavy anti-coagulant treatments over long periods: it eliminates a long list of potential risks for the patient linked to blood coagulation, reduces the need for re-intervention after implantation, and thus dramatically reduces the overall cost-of ownership for the healthcare payers.